Home | About Us | Seed Co International Limited Board 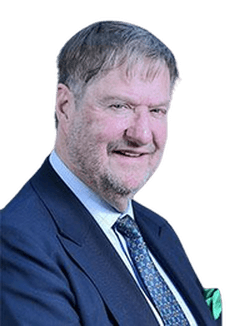 David is an independent business advisory consultant. His primary focus is on strategic planning and change management initiatives as well as corporate finance transactions. His work also involves arbitration, mediation and high-end mentoring. He was educated at the Universities of Rhodesia and Cape Town obtaining a Bachelor of Law degree and an MBA. He undertook further studies through Sundridge Park, Wharton, Harvard and Regents College. David is a member of the Chartered Institute of Arbitrators, a Fellow of the Institute of Directors, and past president of the Confederation of Zimbabwe Industries. He serves as the Beit Trust Representative in Africa. He is a director of several quoted and unlisted companies, currently including CABS Building Society, Colcom Holdings and Tsebo Servcor. David is a member of the Seed Co Group Remuneration and Nominations Committee and of the boards of both Seed Co Malawi and Seed Co Zambia. 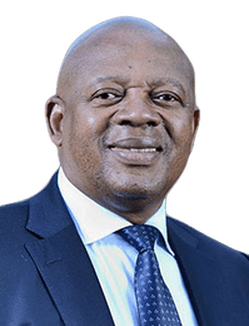 Pearson Gowero is currently the Chief Executive of Delta Corporation Limited, the leading beverages company in Zimbabwe, having joined Delta in 1997 as Marketing Director of the then Chibuku Breweries Division and becoming the unit managing director in 2001. He has held various senior positions in the beverages business and became an executive director in 2003. Pearson spent some 5 years on secondment to the SABMiller Group from 2006 to 2011 where he was the Managing Director of Zambian Breweries Group. Prior to joining Delta, he had worked for some prominent clothing retail chains. Mr Gowero sits on the various boards of the Delta subsidiary and associate companies and holds BSc (Hon) degree in Economics and an MBA. 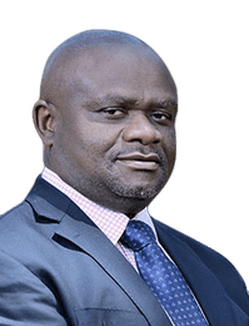 Morgan is a Chartered Accountant who holds a Masters in Business Leadership from the University of South Africa and has also attended the Strategy Master Academy at the University of Cape Town’s Business School. He attended the Advanced Management Programme 181 at Harvard Business School in Boston. Morgan has been involved in the seed industry since 1998 having joined the company back then as Chief Financial Officer. He has previously held senior corporate positions with entities in the Mining, Manufacturing, Retail, Banking and Real Estate industries. He sits on the Boards of FBC Bank and TSL Limited. 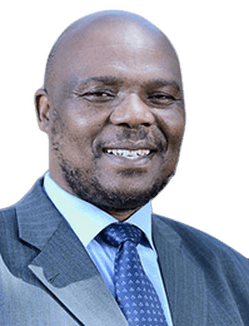 John qualified is a Chartered Accountant having trained with Deloitte & Touché Chartered Accountants Zimbabwe after graduating with a B.Acc (Hon) degree from the University of Zimbabwe. He holds an MBA from the University of Nottingham in the United Kingdom. He successfully completed the Senior Executive Leadership Program at the London Business School in 2012. John has over 12 years’ experience in the seed industry working for Seed Co. Before joining Seed Co in 2004, John held senior financial management roles with a number organisations that include the Lonrho Group, Zimbabwe Newspapers and PG Industries. 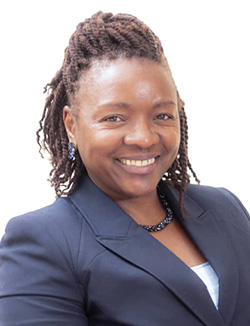 Davidzo is the Financial Controller and Director of Unki Mines and is the Principal Officer of the Anglo American Pension Funds. Davidzo has over 20 years’ experience in the finance and accounting field. She is the current chairman of the Generation Medical Aid Fund. She currently sits on the boards of CABS and Bishopslea Preparatory School for Girls. She has chaired the Zimbabwe Association of Pension Funds (“ZAPF”) Board. Davidzo holds a B.Comm (Hon) degree in Finance from NUST and is an associate member of the global chartered management accountancy body CIMA. 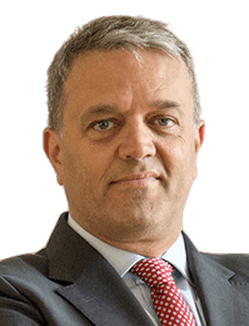 Régis is the CEO of Limagrain Field Seeds and member of Limagrain Group Executive Committee since August 2019. He studied Agronomy in Montpellier and Paris and holds a Master in Agronomy.

He began his career in 1992 in Maisadour, a cooperative group in the South of France, and progressed to marketing and sales functions before becoming Director of the Seeds Branch in 2003. He has been Director of Innovation and International Development of the whole Maïsadour Group, and lately oversaw all the Vegetal productions and business in the Group.

Régis served as member of Maisadour Group Management Committee and Board, and General Manager of Mas Seeds, a JV between Maisadour and Syngenta. He was also Chairman of Euroseeds from 2018 to 2021, the trade association for the seed industry in the European Union and the European Economic Area, and member (previously Chairman) of Union Française des Semenciers (UFS), the French seed association for seed companies and plant breeders. 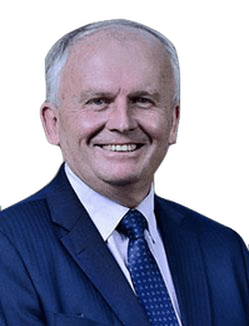 Fermín is currently the Head of Research of the Field Seeds Division at GROUPE LIMAGRAIN. He is a senior research executive with more than thirty years of experience in research and strategic management of Trait research and plant breeding in the biotechnology, seed and agribusiness industries. Fermín has a solid experience leading research programs and linking these with commercial opportunities. He also gained relevant international experience across Europe, US, South America, and Asia throughout his career, including JV’s and stakeholder management. Excellent verbal and written communication skills in English, Spanish and French. He holds a PhD in Plant Breeding and Genetics (University of Illinois), a Masters in Plant Breeding (Mediterranean Agronomic Institute) and a Bachelor of Science Degree in Biology (University of Navarra). 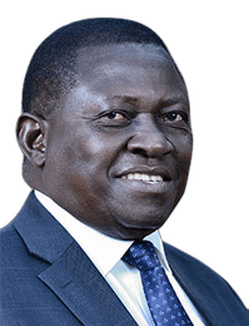 Chance chairs the Board of Seed Co Zambia and he joined the main Group Board in 2010. He holds directorship and shareholding in a number of Zambian registered companies that includes Choice Nuts Limited, Choice Insurance, Ace Limited, Multi Agricultural International, Harmonious Haven and Freshpikt Limited. Chance also serves on the boards of Zampalm and Capital Fisheries. He is a former Deputy Minister of Agriculture of the Government of the Republic of Zambia and was recently appointed Project Director for the Food Security Project which is a USAID funded project. Chance chairs ZAMACE (Zambian Agriculture Commodity Exchange) and has held various leadership positions in the Zambian agricultural sector. 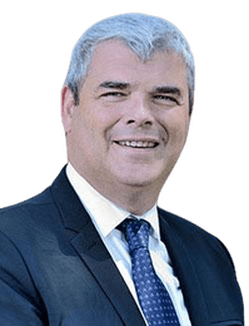 Patrick is currently the Head of Development (M&A), Strategic Intelligence at GROUPE LIMAGRAIN. He has close to thirty years of executive experience in seed and agribusiness industries spanning all continents. Before joining Limagrain, Patrick held senior management positions at Syngenta in several countries.

He holds an MBA from the Solvay Brussels School of Economics and Management, a Masters in Agronomy from Gembloux Agro-Bio Tech – Université de Liège in Belgium. 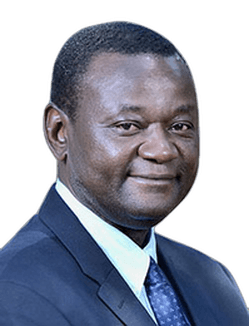 Michael is currently the Chief Executive Officer/Owner of Interfruit (Private) Limited in Zimbabwe as well as the CEO of Utopia Fresh Exporters (Private) Limited. Michael is the founding member of Utopia Power Company Limited and is currently establishing a 15-megawatt solar energy project in Zimbabwe. Michael holds a BSc in Agric Economics and a MBA, majoring in Finance and Marketing.
Michael joined the Coca-Cola Company of Southern Africa in 1995 with responsibility for marketing in the region and in 2002 he was appointed as the Managing Director of Schweppes Zimbabwe. In 2004, Michael became Chief Executive of Tedco Limited, a furniture company listed on the Zimbabwe Stock Exchange. Later that year he bought into Interfoods, a fruit and canning business.
Michael is the Non-Executive Director of Imara Asset Management and Imara Capital Zimbabwe (Private) Limited, the Imara Africa Series Limited and the African Opportunities Fund. He has recently been appointed to the Board of Bain & Company, a large equipment and agricultural implements manufacturer and distributor. He is also a member of the Seed Co Limited Audit & Risk Committee as well as the Remuneration Committee. He is also the Non-Executive Chairman of Seed Co Zimbabwe. 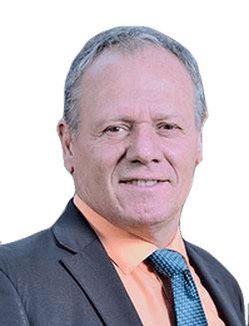 Frédéric is the CEO of Limagrain Africa, and he has been with the Limagrain Group for the whole of his career, in various roles in seeds businesses. He joined Vilmorin as Product Manager (vegetable seeds) in 1988 and later became Marketing Director.

He continued his career with Harris Moran Seed Co, a Limagrain subsidiary, as Sales Manager for Europe. Frederic subsequently moved to the Vilmorin’s subsidiary in Turkey for 8 years, where he worked in the field seeds, vegetable seeds, fertilizers, and home-garden products.

Frederic is an Agricultural Engineer and French Foreign Trade Advisor. 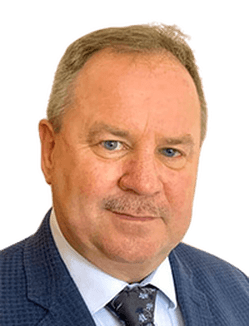 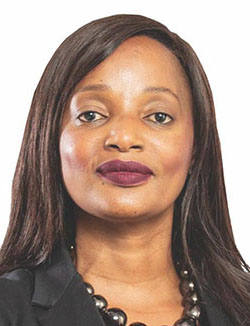 Kushatha Moswela is currently the Managing Director of Old Mutual Short-Term Insurance Botswana. A position she has held for the last 4 years, she is a seasoned insurance practitioner with actuarial professional background. She is the former Chairperson of the Botswana Short Term Underwriters and Insurers Association and participates in various insurance industry bodies. Kushatha holds an MSc Actuarial Science from the University of Kent at Canterbury in the UK. She has worked in various countries that include the UK, South Africa and Botswana. She moved to Botswana in 2015 to successfully set up Old Mutual’ s life business operations in 2015. 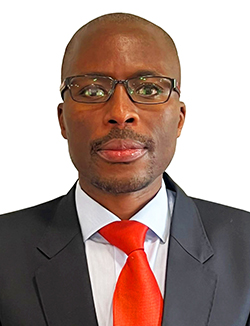 Tineyi has close to 20 years of experience in corporate finance, accounting, governance, compliance, and risk management covering multi-sectors. Prior to joining Seed Co in 2018, he spent nearly 10 years in charge of corporate finance at one of the leading investment banking boutiques, Corporate Excellence, in Zimbabwe.